Looking for the crashed plane’s black box in Fortnite? This week’s challenge tasks you with finding and recovering the black box, which could be a possible tie in to an upcoming new hunter to enter the Fortnite fray.

As Fortnite bounties were introduced at the beginning of the season, we’ve seen a host of new characters land in Fortnite, from finding and defeating Predator, to taking out all of the other Fortnite bosses in Season 5. So the remains of a crashed plane, similar to the mysterious pod found in Fortnite, could mean the arrival of another character, but who?

Although that’s speculation, you can still tick finding the crashed plane’s black box off your list of this week’s Fortnite challenges. As always, expect the area to be crawling with other challenge goers and come prepared. The black box can be found near Coral Cove, northwest of the Fortnite map, here’s the exact location of the plane crash in Fortnite. 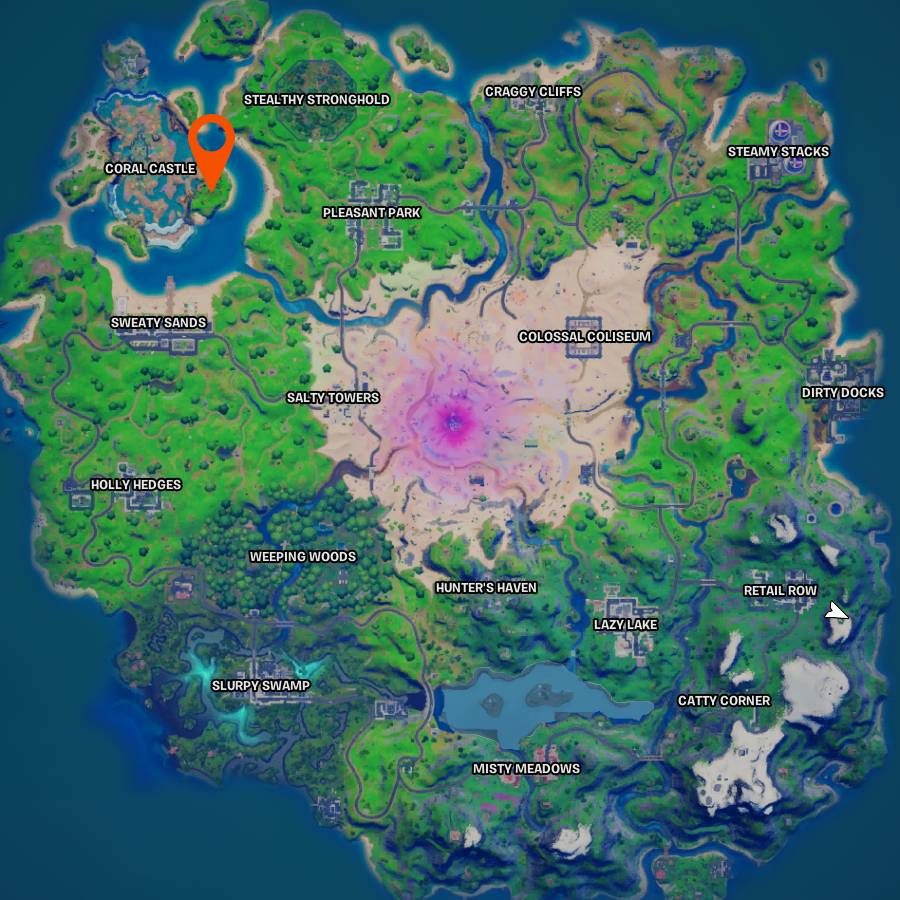 The crashed plane can be found on the small adjoining island southeast of Coral Cove. The plane is scattered across the raised hill in three parts, and the black box can be found near the middle.