Wondering how bounties work in Fortnite? Bounties are part of the many new changes that arrived in Chapter 2 Season 5 of Fortnite, alongside quests, items, and new skins.

The Marvel-era finished in a spectacular showdown where we were forced to relive Endgame all over again, except this time with the threat of Galactus looming towards us. Iron Man made short shift of that, though, and now this Fortnite season focuses on bounties as part of Agent Jones’ efforts to round up the best hunters in the universe to ensure no one escapes the loop. Among these hunters is the Mandalorian, a shapeshifter called Mave, and a fighting flapjack called Mancake.

You can also accept bounties and quests from NPCs dotted around the new map – they appear as chat icons as you land and they’ll dish out an array of quests and bounties such as eliminating a specified player. You can also return to these characters to upgrade intel, weapons, and obtain new mythic weapons. Here are the exact locations of the NPCs we’ve found so far and how bounties work in Fortnite.

How do bounties work in Fortnite?

When you visit these characters, you can simply talk to them and select a bounty from the wheel. The first quest for Mandalorian upgrades asks you to take on and complete six bounties, so these bounty locations are worth landing at, especially the more remote ones, as we found Hunters Haven and Colossal Coliseum highly contested.

Once you accept a bounty it appears as a gold circle on the map, moving as the bounty does. The same goes for if you become a bounty, a threat bar will show up on your screen to let you know you’re being hunted. The reward is Fortnite’s gold bars that you can spend at any of the NPCs scattered across the map.

Now you know how bounties work, here are all of the Fortnite bounty NPC locations:

This NPC can be found in the Flushed Building, which is slightly southeast of Slurpy Swamp. It’s the small building west of the road heading from Slurpy Swamp towards Misty Meadows.

The burger-headed boss can be found roaming around a burger van to the north of Pleasant Park, or at the Durrr Burger branch on the road leading west from Weeping Woods.

Big Chuggus can be found in the main factory in the middle of Slurpy Swamp. He’s on the top level.

You can do the impossible and find Bigfoot by heading to the group of trees by the coast, southwest of Holly Hedges.

Blaze is hanging around Pristine Point, which is towards the northeastern tip of the map. It’s between Craggy Cliffs and Steamy Stacks.

Head to Dirty Docks, namely the building at the very southern end of the area where the road juts out. Inside you’ll find Brutus.

Bullseye is pretty easy to locate, she’s standing out in the open when you land at Steamy Stacks.

Head for the big brown shack to the southeast of Catty Corner. It’s past the mountains. Inside is Bunker Jonesy. You can also find him at Camp Cod, which is the island at the southeastern point of the map where the river delta is.

Burnout is on the edge of Sweaty Sands, just northwest as you leave the area by the start of the track, the finish line close to Craggy Cliffs, or the checkered flag south of Steamy Stacks.

Head to the first tree in the grassy area northwest of Salty Towers to find the Bushranger hanging around the apples.

Cole can either be found in Retail Row or Shipwreck Cove. If you can’t find Cole at one of these locations, he’ll be at the other.

Southwest of the Colossal Coliseum, you’ll find a small building. This is the Sheriff’s Office where Deadfire is. If you are near the big glowing purple core that crashed in the middle of the desert, you’ve gone too far.

The hooded dog can be found in Retail Row, just to the west as you approach from Catty Corner, or by the doghouses northeast of Pleasant Park.

To find Dummy, head for the dirt track north of Pleasant Park and southeast of Steamy Stronghold. Dummy can also be found west of Dirty Docks, in the junkyard before the river.

Famer Steel can be found tending to his crops at Steem Farm, which is just east of Colossal Coliseum.

North of Craggy Cliffs, you’ll find a Fishsticks restaurant. You can find the NPC the restaurant is named after inside. You can also find him walking around Coral Castle.

Grimbles can be found at Fort Crumpet, which is at the end of the dirt path that is northwest of Sweaty Sands. 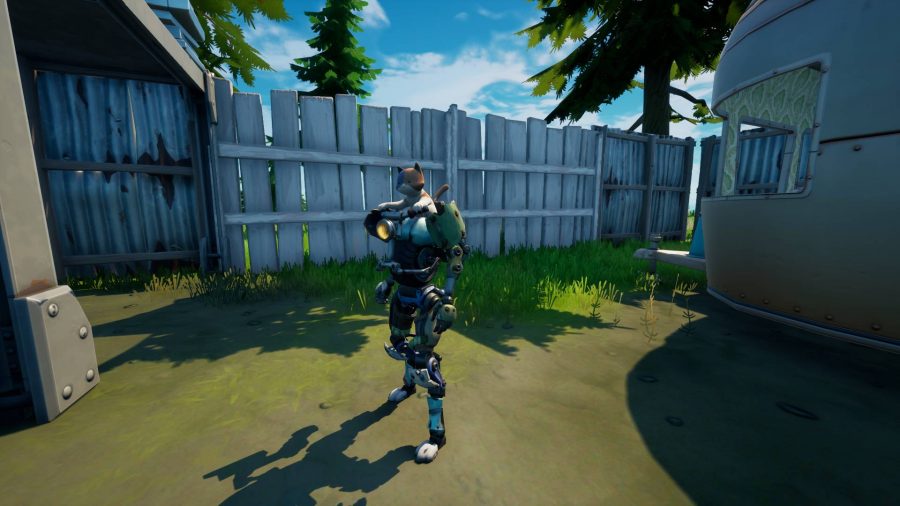 The original Fortnite boss can be found in his usual spot in Catty Corner, this time he’s giving out quests and bounties and isn’t surrounded by patrolmen.

You can find Kondor walking around Misty Meadows. He likes to hang around the streets rather than any particular building, but just look out for the speech bubble in the mini map to find him.

Head for the trailer park that’s in the southeast of Weeping Woods.

Lexa can be found in a house on the west side of Hunter’s Haven. It seems to be popular among players, so come prepared.

Longshot is at the camp on top of the cliff to the east of Misty Meadows. Find him close to the telescope looking at the small settlement.

The pancake-headed boss can be found south of the desert area in a house on the edge, south of Colossal Coliseum and north of Hunter’s Haven.

Mave is found in Shipwreck Cove at the southeastern point of the map. You can find her standing beside the totem halfway up the hill.

This warrior can be found slap bang in the middle of the Colossal Coliseum in Fortnite’s desert area, near where the Mandalorian is patrolling by the Fortnite Razer Crest.

Head to the pier north of Sweaty Sands to find Outscast looking out at the water beyond. He can also be found by the small lake east of Holly Hedges.

Predator can be found stalking around Stealthy Stronghold, and it will attack you on sight. It is cloaked though, so we have more details on Predator’s location and how to defeat it.

He can be found around a building to the west of Holly Hedges. It’s the one with a viking ship embedded on top of it.

Rapscallion is in the house at the northern edge of Lazy Lake, or southwestern point of Holly Hedges.

He’s off duty and ready to dish out bounties. The Reaper can be found in a remote house west of Sweaty Sands on the coast.

Reese is found in Dirty Docks. She’s up the stairs in the main hangar, by the control panels.

Remedy can be found northeast of Pleasant Park up the big hill. She is inside the big house.

Head to Hydro 16 to find Ruckus. It’s east of Slurpy Swamp and is the big building where road bends. He will shoot you on sight. 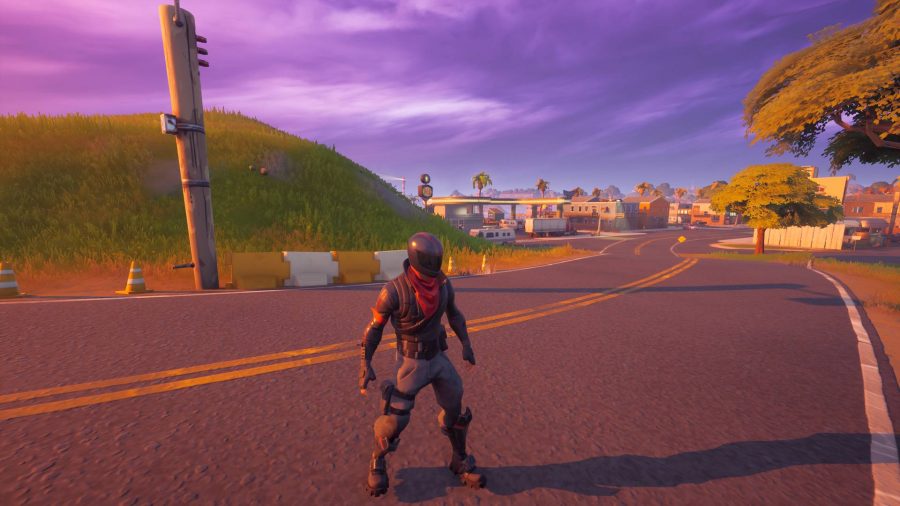 Sleuth is in one of the buildings at the centre of Sweaty Sands, or at the northeastern end of Retail Row.

You can find Splode by swimming to the small island that’s between Stealthy Stronghold and Craggy Cliffs. Head into the small shack to find him.

Sunflower is found in The Orchard, which is the small collection of trees at the northeastern end of the desert. It has two roads surrounding it. You’ll find her by the farmhouse.

You can find The Mandalorian by the crashed ship in Razor Crest in the desert area. It’s close to the Colossal Coliseum. He will attack you on sight.

Tomato Head can be found in The Pizza Hut just northeast of the Colossal Coliseum, on the edge of Fortnite’s new desert area. He can also be found by a pizza van on the road west from Misty Meadows, turning left at the crossroads.

Triggerfish can be found out of the water, walking around the beach, in Crashed Cargo, which is west of Sweaty Sands.

Head to the larger of the two islands southwest of Lazy Lake and north of Misty Meadows to find Turk. He can also be found at the lake southwest of Dirty Docks, or the other side of the river south of Steamy Stacks.

That’s all the Fortnite bounty locations we’ve found so far. As you can see they can be found in most areas on the map, so there’s always a bounty to claim. Bounty-giving NPCs will also fight on your behalf if you interact with them and someone starts firing – we had to learn this the hard way.