Want to know where to hunt and tame the animals in Fortnite? This new season brings lots of new features. Whether it’s using the new Fortnite crafting system to upgrade your new Fortnite guns or making the Hunter’s Cloak, you will need to hunt animals to craft primal gear.

Currently there are four known animals that have been seen roaming the Fortnite island, each one found in certain locations. While the wolves are predatory and the boars aggressive towards just about anything, the chickens are harmless and adorable. Fortnite also recently introduced raptors into the game, which have now hatched from the eggs laying around the map.

So join us as we go over every single Fortnite animal and the rough locations on where to find them, as well as all the steps you need to complete in order to tame wolves, boar, and raptors. It’s going to be a bit of a wild time, so let’s go over the basics of hunting.

How to hunt animals in Fortnite

Actually killing the animals is relatively easy, as long as you have a gun. None of them have that much health and you’ll get bones and meat for slaying them. 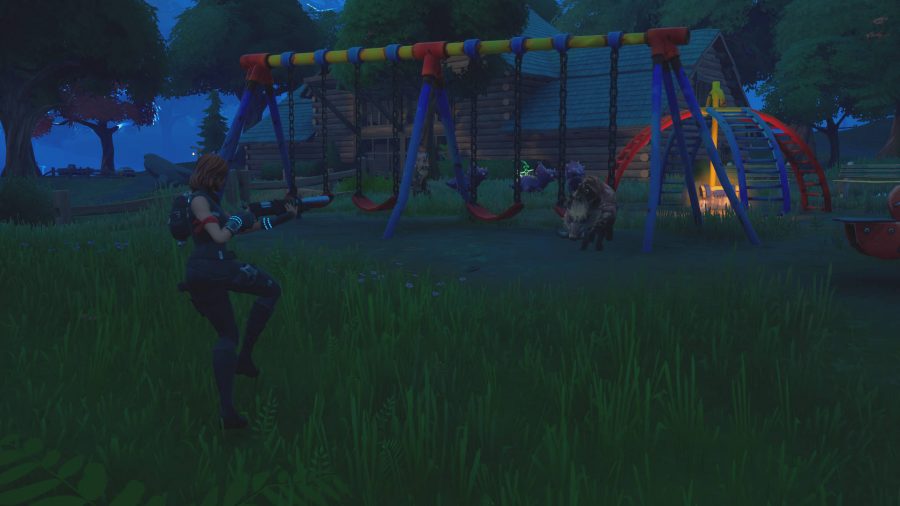 Here are all the animals you can hunt in Fortnite:

How to tame Boars in Fortnite

Here is how to tame boars in Fortnite:

The boar will now run alongside you. While the boar can take a fair bit of damage, it isn’t the best companion to have as it charges in straight lines.

How to tame wolves in Fortnite

Here is how to tame wolves in Fortnite:

The wolf is now be your sidekick and it’ll go after any enemy that shoots at you and is currently the best companion, despite being a little more fragile than the boar. You sadly cannot pet the wolf.

How to tame dinosaurs in Fortnite

Here’s how to tame raptors in Fortnite:

Now your dinosaur pal will follow you around and aid you in battle. They deal more damage that a wolf and are a lot quicker, making them a deadly ally in combat.