Where is the hidden R in Fortnite? Hardened pros will remember collecting letters as a similar challenge appeared before. This time, however, it’s a bit different. Rather than finding the letters out in the open you’ll have to complete the other weekly challenges to gain access to a loading screen first. Doing so gives you a clue to the letter’s location.

Thankfully, most of the challenges are straightforward and simply require eliminations or looting chests in certain spots. Others are a tad more difficult, like finding the Fortnite compact cars and weather station locations. Don’t worry, though, as we’ve spelt them out for you.

You have to wait a bit before you can get all the letters as there is only one screen a week and, as such, only one hint for one letter. We have already found the Fortnite hidden F and hidden O locations, though. So if you need to catch up, now is the time. Read on if you’ve completed the other ten challenges this week to find out where the Fortnite hidden R location is.

While you’re waiting for the Battle Bus to depart, whip out your map and set a marker on Slurpy Swamp, specifically the top right corner. You can check out the map below for a visual demonstration. 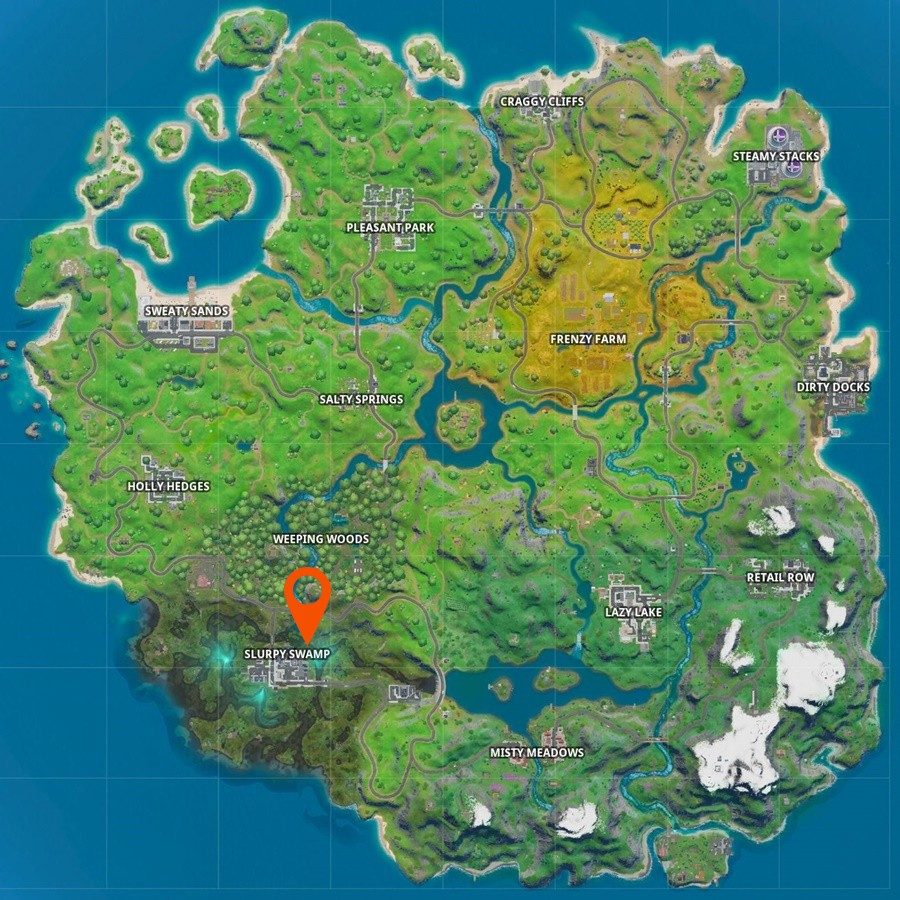 As you float on down you’ll want to sail past the city and into the swamp. Once you land, head to the giant pipe and you’ll find the R to its right.

And there you have it, the Fortnite hidden R location. Once you’ve completed the other missions you’ll find that this one is a breeze. All you need to do is go to the location we’ve laid out and you’ll have yourself another letter – good luck!