Epic has announced that Fortnite v11.20 is getting DirectX 12 support. Weird, eh? Why would anyone in their right mind choose to enable DX12 on an old game that already plays well on lower spec machines? Two words… ray tracing. Or one word, if you’re Microsoft. Because its DirectX Raytracing API is the one responsible for all the shiny real-time ray tracing effects Nvidia’s RTX GPUs have been pumping out since Gamescom last year.

But so far the only benefit Epic is touting for PC players who opt to use DirectX 12 at the moment is the rather ephemeral promise that “players with high-end GPUs may experience a higher and steadier frame rate. This is because DX12 delivers better CPU performance and allows for the distribution of rendering jobs across multiple cores.” That’s a lovely thought, though sadly not an experience that a lot of people have when they enable the DX12 version of a game.

Look back at any game released on PC this year that offered a DX12 implementation and the general performance recommendation was that you pick the DirectX 11 or Vulkan version instead. 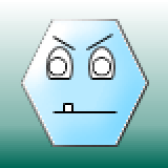