Mages, creators of such series as Steins;Gate and Robotics;Notes, announced that Chiyomaru Studio, an independent company headed by Mage’s president Chiyomaru Shikura, would be purchasing all of the studio’s shares from parent company Dwango. The purchase will result in the complete split of Mages from the Kadokawa group and lead to them being an independant company. That said, it is likely the two remain on good terms and will continue to work together on projects in the foreseeable future.

In addition to the change over from Kadokawa, Mages also announced that they would be absorbing their 5pb brand, a name which stands for “The Five powered & basics”, into the company proper. This consolidation will bring the company’s music, game, and other media productions under the Mages banner and, according to a press release on their website, will allow the company to make decisions concerning their various brands and products in a more efficient and swift manner.

Founded in 2005 and located in Tokyo, Japan, Mages is the company that best known in the west for creating and publishing popular visual novels in the science adventure series. This series includes the likes of Steins;Gate, Chaos;Head, and Robotics;Notes all of which were created with assistance from their fellow media company Nitro Plus. The series’ most recent release is Steins;Gate Elite, a revamped version of the original visual novel of the same name, which launched in the US earlier this year. You can check out our review of that title here.

In addition to their video game business, Mages also serves as a record label for anime and video game music and has released music for a variety of artists since getting into the music business in 2006.

Have you played any of Mages’ video games or visual novels in the past? Tell us your experience with these titles in the comments below. 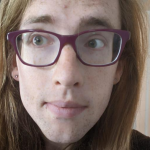 I’ve been gaming since the days of the NES and spend most of my time with the hobby playing RPGs and fighting games. Besides gaming, I also enjoy table top gaming, cosplay, writing and walking outside when its nice..