The anticipated return of the MechWarrior franchise is finally coming out later this year. This intense mech game is locked and loaded for a December 10th, 2019 release date, dropping MechWarrior 5: Mercenaries hot on the Epic Games Store as a timed exclusive.

MechWarrior 5: Mercenaries has experienced some delays, but this time around it appears we have a solid and stable release date. Executive Producer Russ Bullock said in a press release:

Understandably some fans will be disappointed that they have to wait a short while longer for MechWarrior 5, but it’s important to Piranha Games that we absolutely get this right. We are happy to say that our new partnership with Epic Games store allows us the time and ability to accomplish our goals both in the games development and marketing efforts.”

For those who initially pre-ordered MechWarriors 5: Mercenaries, players are eligible for a refund up until September 1st, 2019. Check out the game’s FAQ for full details on refunds.

This chaotic, mech warfare game is set in the BattleTech tabletop universe. Players pilot their own highly customization mech and battle AI opponents. MechWarrior 5: Mercenaries also features co-op with other players, so you can partake in massive campaigns with your friends.

MechWarrior 5: Mercenaries launches on December 10th, 2019 as a year-long, timed exclusive on the Epic Games Store.

I can understand that there will be frustration over this decision. This is a game that a lot of people have anticipated for quite a long time now, and I’m sure many expected it to launch on Steam. That said, I’m excited to pick up this game sometime in the future, be it launch or after. I haven’t played a MechWarrior title but I enjoy the setting of BattleTech and mechs in general. This looks like a great way to fulfill my mech-piloting fantasy.

Are you going to pick up MechWarrior 5: Mercenaries? Let us know in the comments below! 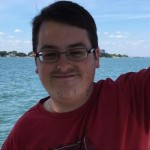 
I love to write, and I love to game. So, I’ve combined those two hobbies into one! Some of my favorite games include Fire Emblem, Halo, The Elder Scrolls, and World of Warcraft. Sometimes I like to read the occasional fantasy novel, too!