Overwatch loot box revenue and in-game purchases have crossed the $1 billion mark in the fourth year of the game’s release. While Blizzard Entertainment’s sci-fi first-person shooter is a premium game, it also features a couple of different microtransaction systems where players can spend additional money for cosmetic items. Now, it seems that Blizz has broke the bank by making over a billion — that’s with a B! — in revenue since the game’s launch.

A quick primer on Overwatch monetization for those of you not super familiar with the game: there are essentially only two things you can buy (aside from the game itself). The first are loot boxes which randomly give you four cosmetic items. The second is league tokens, a special currency that is used to buy Overwatch League skins and support the teams with a portion of the revenue.

Analyst firm Superdata reports (among other things) that Overwatch loot box revenue and other in-game purchases have totalled more than $1 billion since the game’s launch. Here’s the relevant passage from the article in question:

This is technically the second time that Overwatch has hit a billion-dollar milestone. The game itself was revealed as a $1 billion franchise back in May of 2017, roughly a year after it’s launch. Three years later and Blizzard has raked in that same amount of money from in-game purchases alone, nevermind all of the cash they earned through purchases of the base game and upgrades to the Origins Edition.

While the milestone is certainly noteworthy, loot boxes are in a perilous position around the world and this may not continue. A U.S. Senator recently tried to get severe restrictions imposed on loot boxes and the FTC will be hosting a workshop next month to discuss the topic. Whether or not this will continue to be a viable business model depends entirely on how the legal issues surrounding these microtransactions plays out in the coming years.

What do you think of the $1 billion milestone on Overwatch loot box revenue and in-game purchases? Do you think the game can make it to $2 billion? Let us know in the comments below!

More About This Game 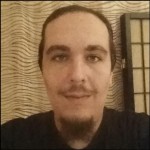 I’ve had a controller in my hand since I was 4 and I haven’t stopped gaming since. CCGs, Tabletop Games, Pen & Paper RPGs – I’ve tried a whole bunch of stuff over the years and I’m always looking to try more!