Last Thursday, Pokemon GO announced a new threat to Pokemon trainers everywhere. Team GO Rocket has invaded your favorite Pokestops! Trainers must rise up to clear out their Pokestops and rescue the Shadow Pokemon. These twisted Pokemon appear to be in incredible pain, and it’s up to the members of Teams Valor, Mystic, and Instinct to help them!

Thanks to help from Spark and Professor Willow, players can spot the invaded Pokestops with ease. Compromised Pokestops feature a different color from the standard ones. Players can then battle Team GO Rocket Grunts with their Pokemon. After defeating the Rocket Grunt, players have the opportunity to catch one of the Shadow Pokemon left behind. Once captured, these Pokemon must be Purified and loved again before they can be traded. Purification restores the Shadow Pokemon to its natural state.. The team leaders theorize these Pokemon may be stronger than their normal counterparts out of gratitude.

The Shadow Pokemon concept first appeared in GameCube title Pokemon Colosseum. They also featured prominently in its sequel, Pokemon XD: Gale of Darkness. Team Cipher’s actions in the Orre legion led to the usage of Shadow Pokemon, and the game’s heroes worked to restore them using their own Purification process. Many Pokemon were only available through Pokemon Colosseum, requiring players to trade back and forth with the Game Boy Advance era games.

In a recent blog post, the company also posted a short teaser trailer for the upcoming event:

Three years after Pokemon GO began, it is still going strong. It recently celebrated its third year anniversary with a timed event featuring shiny Alolan Pokemon, which concluded on July 6.

There are still so many people I know playing Pokemon GO. They coordinate attacks on Gyms and go to events and festivals. Its playerbase is nowhere near 2016’s explosive summer numbers, but it still has a healthy number of people continuing to enjoy the world of Pokemon. Prepare for trouble, indeed. 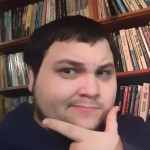 My mood is being able to say “I’m very tired” in as many languages as possible. I play a lot of tabletop RPGs and sometimes I will play a video game. Talk with me about survival horror.