Resident Evil Village has a bunch of optional treasures you can find scattered throughout the village, and the game helpfully marks them on your map. Many of the treasures can’t be obtained until you get the proper item, however. One such location is the Resident Evil Village Riverbank Treasure House, which you can’t complete until you get the Crank from Moreau’s area. Once you do, there are some valuables to obtain.

Start from the altar and head West until you hit the dock. Go down the closest side and insert the crank to lower the drawbridge, then keep heading down until you find the boat. In the boat head north until you find another dock to land at. Now head up the hill and take your first right to go through a set of double doors and into the treasure house. 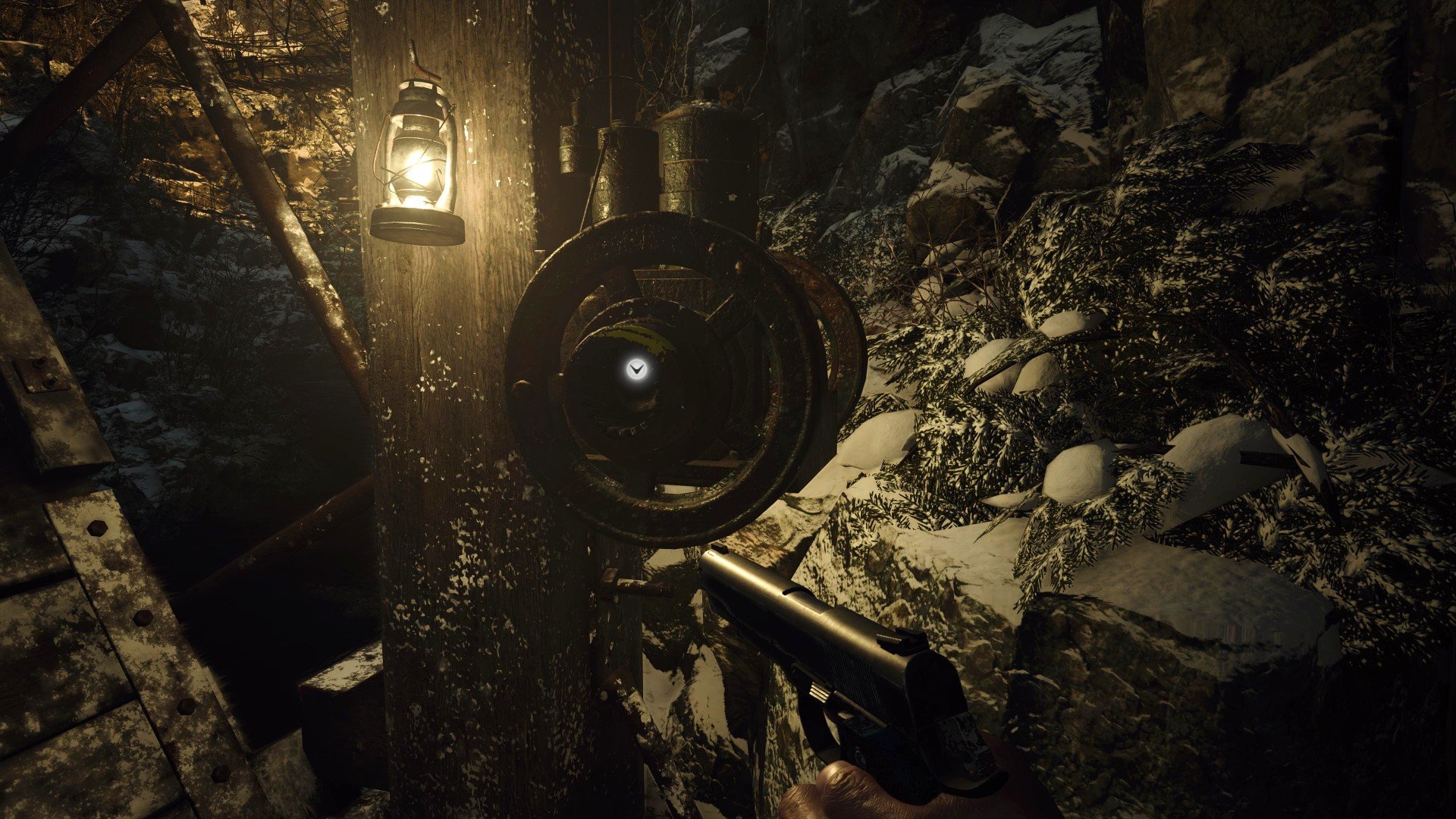 This is another brazier puzzle, just like the ones you found in Castle Dimitrescu. The easiest way to start this is to line yourself up with one of the torches, on the opposite side of the brazier, then shoot the brazier with your pistol to make it swing. Alternatively, you can use your knife if you’re worried about using up ammo. Do the same with the other side, and both of the doors in the room will open. 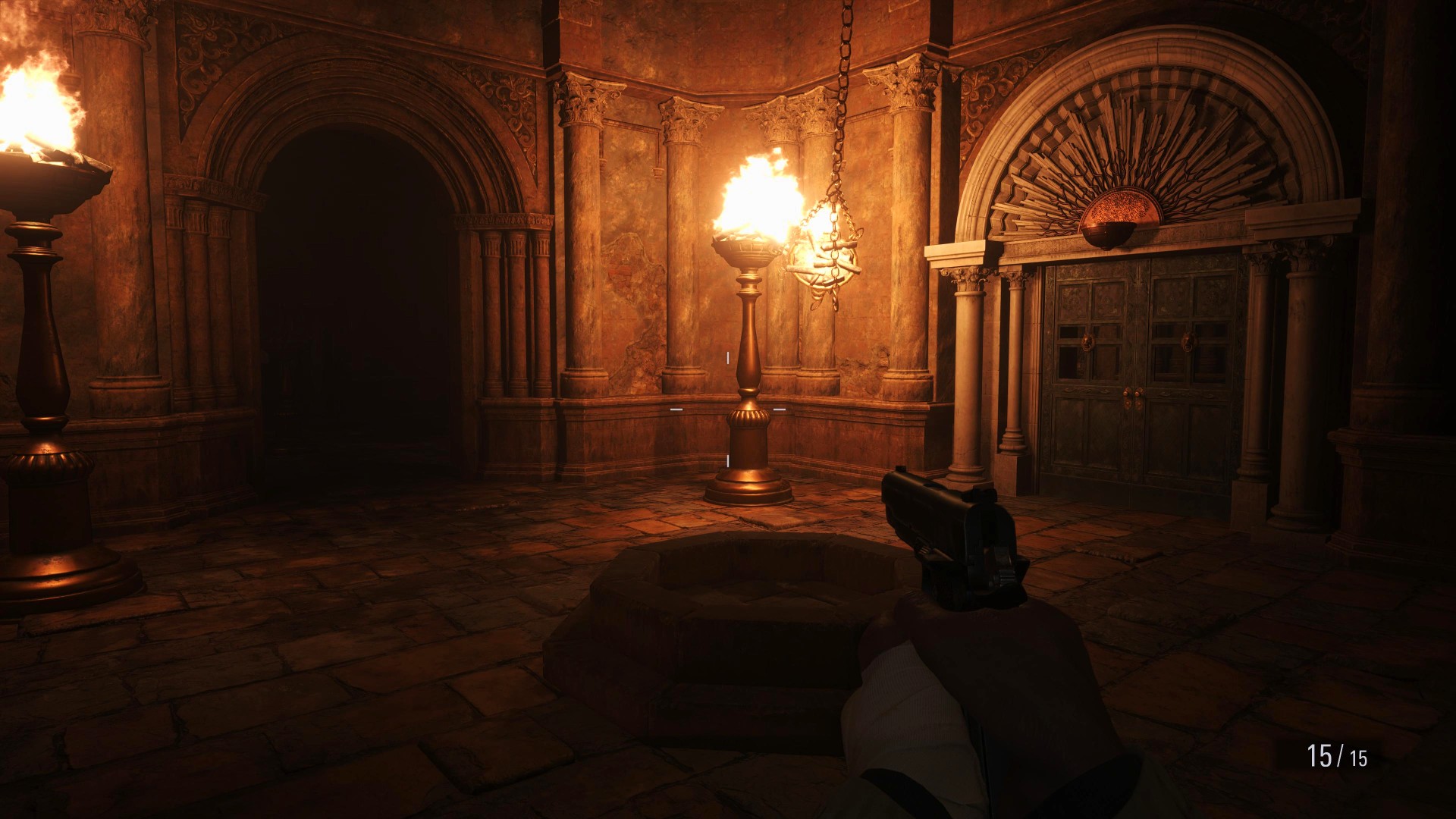 You’ll hear the scream of an enemy, but your immediate goal isn’t to kill them, it’s to set them on fire. To that end, you’ll need to lure the enemy near the brazier and then knock it into them. It might take a couple of tries, but eventually, you’ll light the enemy on fire. At this point, you’ll need to get their attention once again and lure them to the next room, where an unlit brazier lies. Once the final brazier is lit you have no further use for the enemy, so take them out. As a note, if the creature does die before you get the brazier lit, enemies will keep spawning until you can but will stop spawning once it’s lit. 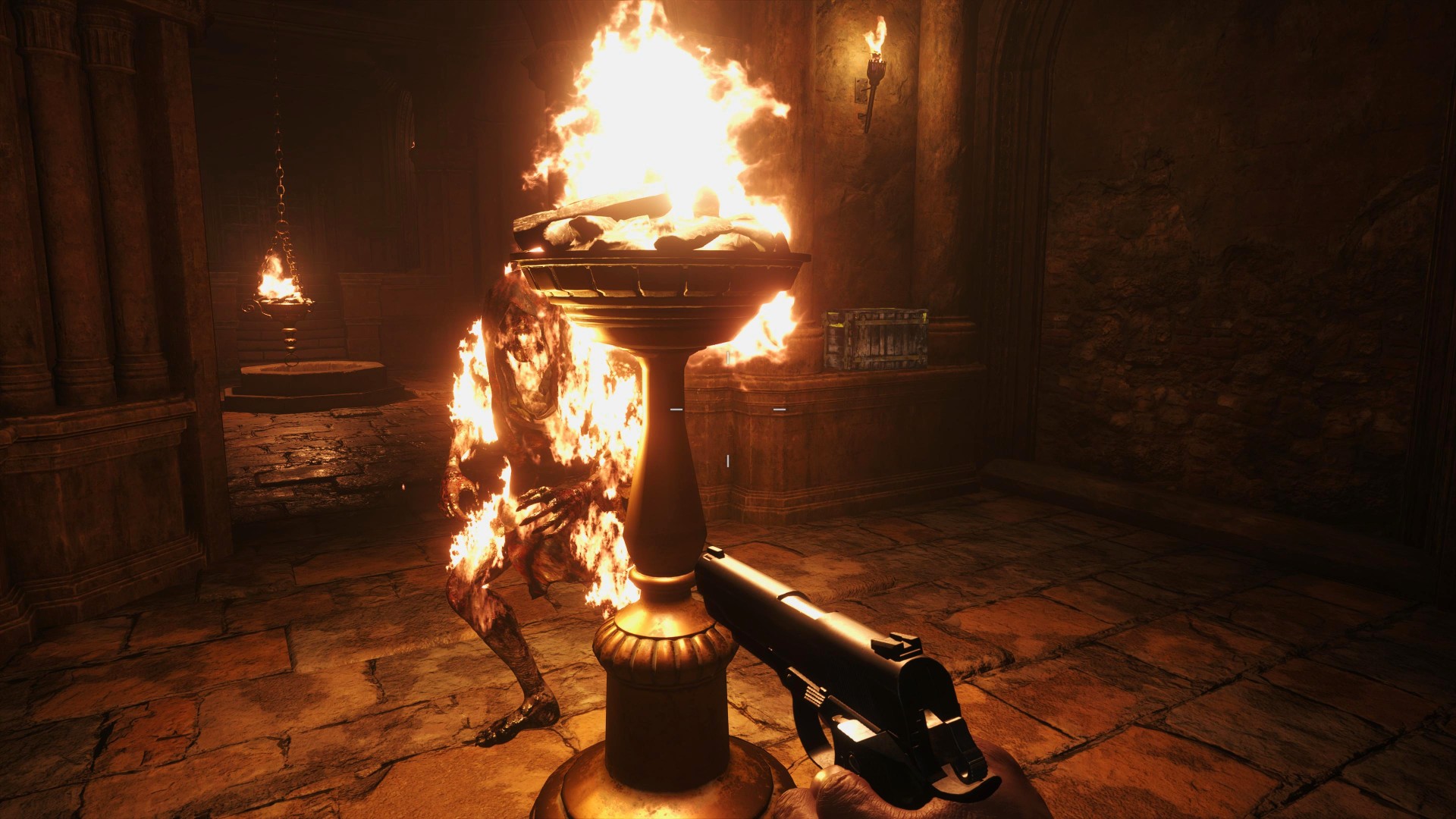 Head into the unlocked room and grab the valuable statue, but make sure not to miss the Magnum ammo sitting on the back of the table as well. Before you leave the Resident Evil Village Riverbank Treasure House make sure to visit the first two rooms that opened to grab some Lei and ammo. Now you’ll have a nice little bonus to your money that you can spend at The Duke’s shop.