Warzone LMGs are all too often overlooked when it comes to picking out the best Warzone loadout drop. It’s not hard to see why, either. In general, they take just as long to down enemies as one of the best assault rifles in Warzone, and they have similar rates of fire and ranged effectiveness, too. However, unlike the game’s most popular weapons – the Grau and M4A1 – LMGs are very heavy and come with some of the worst aim down sight speeds, mobility, and ‘gun ready’ times in the game.

Those stats can make clearing out buildings, re-armouring, and switching weapons very difficult, and we’ve died countless times simply because we were stuck in the ‘gun ready’ animation. Some of these issues can be fixed with the right attachments, but truthfully there are only one or two LMGs that are actually viable in Warzone.

So to keep you fully informed, we’ve broken down every weapon in the class below, providing you with a clear rundown of the best LMGs in Warzone.

Here is the best LMG in Warzone:

Since the Call of Duty Cold War guns were added to Warzone, these weapons have dominated the meta so far. The Stoner 63 is no exception to this, topping our best LMG for Warzone list. At close to medium distances, there’s no LMG on this list that can do what the Stoner 63 does. An LMG with this level of accuracy is practically unheard of in Warzone, but with the correct attachments you can transform this weapon into a completely different beast.

Our best Stoner 63 Warzone loadout increases both the damage range and bullet velocity, allowing the weapon to dominate from a greater distance. While the MG34 excels at far distances, the Stoner 63 performs exceptionally well at the distances that most people will want to use an LMG.

The MG34 gets our vote for being the second best LMG in Warzone for four reasons. Firstly, it boasts a time-to-kill that’s lower than the incredibly popular M4A1. Secondly, it’s iron sights are some of the best in the game (especially if you’re running the BLOWtorch blueprint), effectively granting you an additional attachment slot. Thirdly, its damage range is among the best for any automatic weapon in the game. Finally, even if you scale down to the 75-round drum mag, it can hold enough bullets to wipe a squad.

If that wasn’t neat enough, a buff eliminated the delay that you get when firing any open-bolt machine gun, so there’s now no pause between pulling the trigger and cartridge ignition, which massively reduces this gun’s TTK.

If you build this MG for recoil control, aim down sight speed, and a little bit towards boosting its already absurd damage range then you’ll have a controllable MG that puts players down faster than most ARs.

Our best Warzone MG34 loadout includes the Tac Laser, Stippled Grip Tape, Brute Barrel, Compensator, and 75 Round Mags. Pair it with a rapid-firing SMG like our best Warzone MP5 loadout and you’re all set. 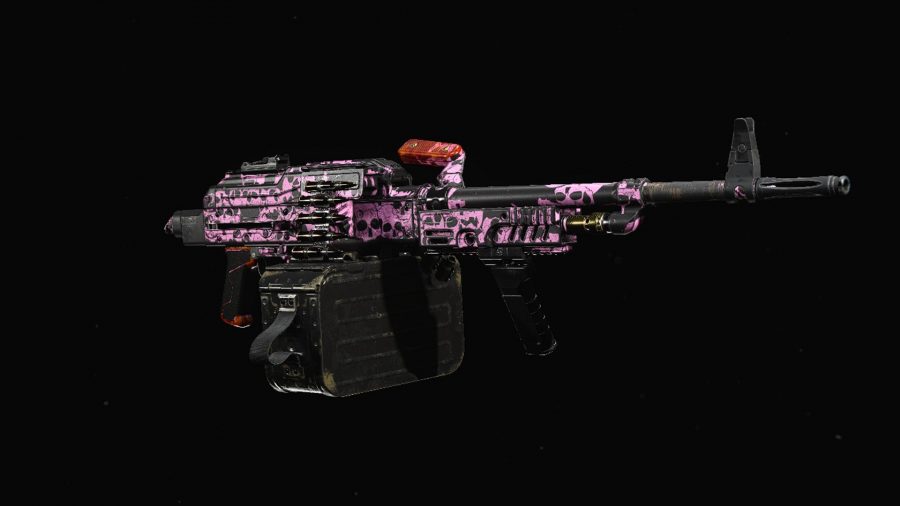 The PKM has a very competitive TTK, but doesn’t see much use because of its poor mobility and handling stats. With the right setup however, these disadvantages can be fixed. The PKM can also hold 200 rounds, so if you want a genuine bullet hose then you really can’t beat this LMG.

We recommend running the 200 Round Belt, Snatch Grip, Stippled Grip Tape, No Stock, and Compact Barrel for a mid-range build – you won’t need to worry about reloading for a very long time. The Extended Barrel and Monolithic Suppressor instead of No Stock should be considered for a long-range setup. Here is our alternative best Warzone PKM loadout.

The Warzone player base has finally figured out the potential of the SA87, and its quickly becoming a favourite in lobbies. The real threat from this LMG is its headshot damage, so if you can connect to the head once or twice you’ll find it downs very quickly. Roll together the SA87’s effectiveness over very long ranges and you have a mighty, but mobile LMG. Check out our best Warzone SA87 loadout for the ideal setup. 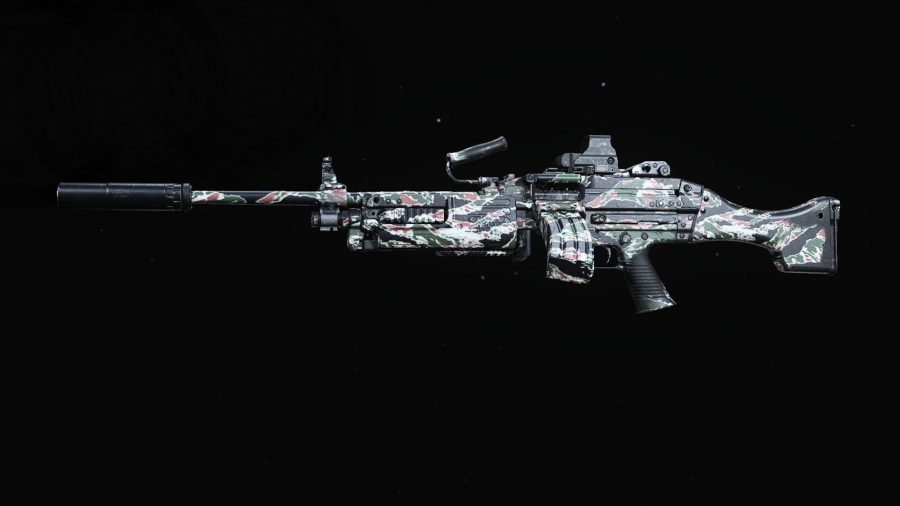 Our top pick for the best LMG in Warzone used to be the Bruen MK9, but a series of nerfs have put it lower down the pecking order. Despite its position on this list, this is still a very effective LMG and is considerably better than the M91 or Holger-26. Expect decent damage, accuracy, mobility, and effectiveness over extreme distances when using the Bruen MK9, but know that you’ll lose out to the most other weapons in a 1v1. Here is the best Warzone Bruen MK9 loadout.

Placing the FiNN LMG has been tricky, but realistically it’s on par with the M91 and Holger-26, placing this weapon at the bottom of our list. There is one key ingredient for success with the FiNN LMG though: you have to run it with Factory Adverse barrels as these catapult its rate of fire to absurd new heights.

With this faster rate of fire you can easily wipe players up to mid-range, even with the tricky recoil. The damage profile of the FiNN LMG also means there’s no point going for headshots, so simply gun for centre mass and your foe will drop in no time. The FiNN LMG also has some decent mobility, aim down sight speed, and damage range. We have a best Warzone Finn LMG loadout for you to try here.

This isn’t quite the weakest LMG in Warzone, one of the weakest Warzone guns overall is actually below, but it does perform very poorly. The M91 is big, heavy, and pretty toothless. To its credit, it can down quicker than the Holger-26, but with some awful recoil, handling stats, rate of fire, and iron sights you’re unlikely to land the majority of shots with it. Avoid unless you take pride in playing off-meta builds. 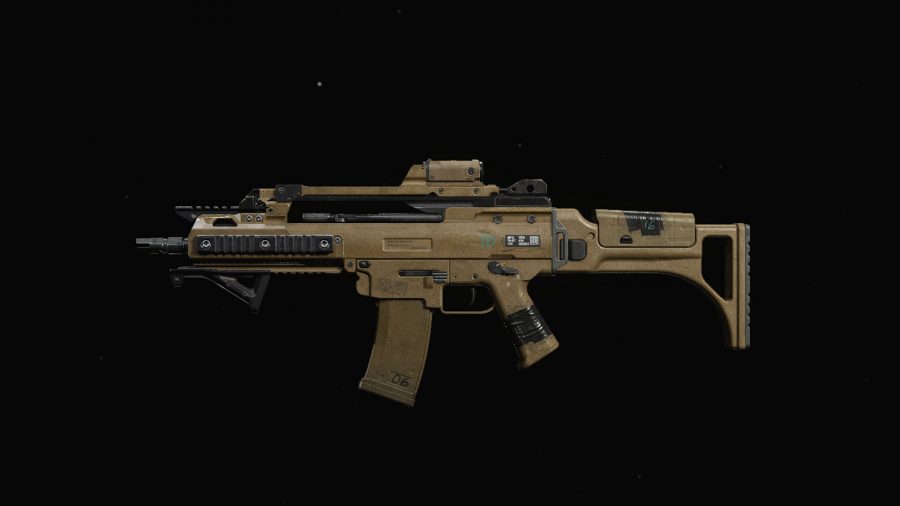 The Holger-26 can almost be turned into a G36 AR with the right mods, but once you’ve made all of those changes you end up with a weapon that has mediocre TTK, poor handling, and a small clip. Go the other way and try to spec the Holger-26 for mid-range battles, and it’s passable at best. The time to kill is one of the slowest in its class, its handling is unremarkable, and the clip size doesn’t save it either. Do not use the Holger-26 unless you want a challenge.