Looking for a guide to combat and weapons in Valheim? You’ve been carried to Valheim by winged Valkyries, and now you’re tasked with surviving in the Norse wilderness – facing down greydwarfs, huge trolls, and dangerous rolling logs.

After you craft your first tools at a Valheim workbench and venture out into the wider world, you’ll find an abundance of resources – and all kinds of dangerous enemies guarding them. There are several types of weapons you can craft – daggers, swords, axes, maces, and more – and each of them are effective against different types of enemies. Blunt weapons, such as clubs, are great against skeletons; slashing them with swords won’t do much. You can tell how effective your weapons are by the colour of the damage you deal; grey means they are resistant, and yellow signifies the attack was super effective.

The part of the body in which you hit your foe also matters – so watch your aim. For most weapons, a series of left clicks executes a standard attack combo, your middle mouse button performs your secondary attack, and right click blocks – this is crucial. If you block at the perfect moment, you perform a parry; staggering the enemy for you to perform a critical hit.

To begin with, you can only craft weapons using stone, but as you progress through the game, you unlock improved versions of each weapon as you discover new materials and upgrade your workbench – progressing through flint, copper and bronze, iron, and then to blackmetal. You will also unlock special weapon recipes after picking up rare resources in game. As Valheim is still in early access, these weapons are subject to adjustment in the future, but we’ll be sure to keep this guide updated with the latest discoveries. Here are all the weapons you can craft in Valheim: 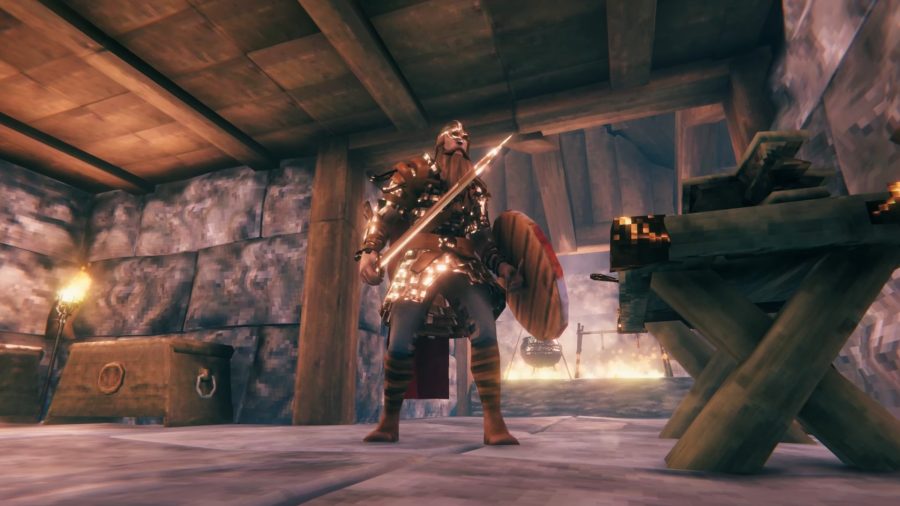 Swords are one-handed and deal slashing damage. Your secondary attack with a sword will stun enemies.

Knives, or daggers, are the lightest weapons available, with the lowest stamina cost per swing. They don’t slow you down when you run, either, so they’re great for a highly mobile combat style. However, they don’t hold up so well when parrying, as they have a low block power and parry force.

Tip: Fermented mead, made from honey, can replenish your health and stamina mid-fight – or provide crucial status resistance to frost or poison

Crucially, though, if you attack an enemy with a dagger while you’re undetected, you deal a massive 10x extra sneak attack damage. 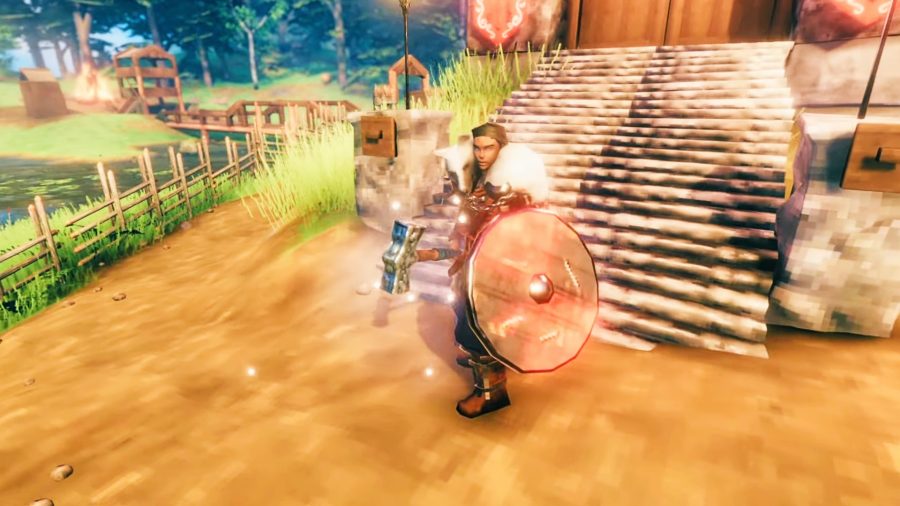 These blunt weapons do extra stagger damage upon successfully parrying an enemy hit. They also deal bonus damage to skeletons. 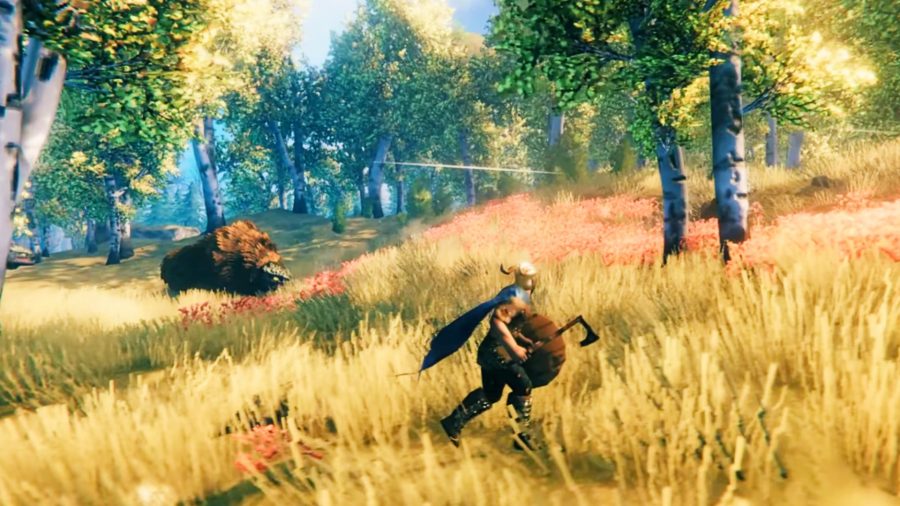 Axes deal slashing damage, and are strong against greydwarves… and, uh, trees. Their swing speed and windup take longer than swords do. Once you discover iron, you can craft a two-handed battleaxe, which has a sweeping combo to take down groups of foes. 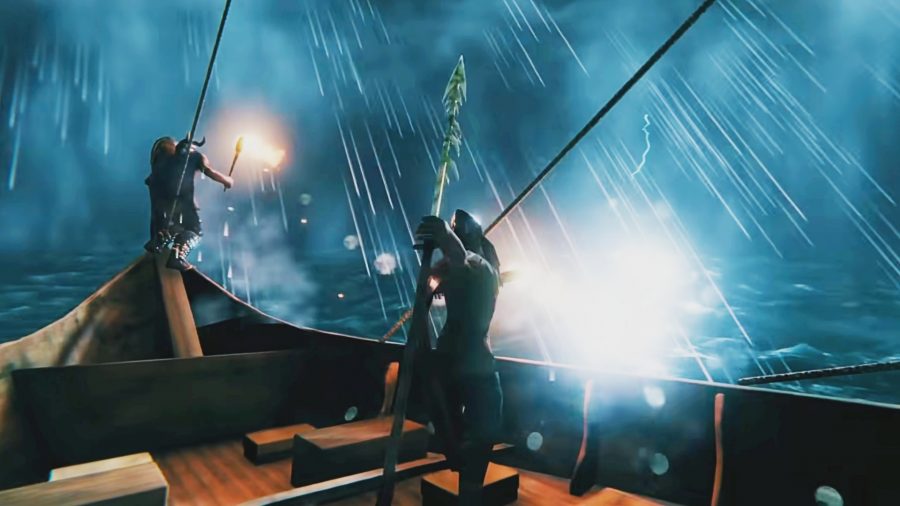 Spears deal piercing damage, which is good against trolls. You can throw it using the middle mouse button; the standard attack is a simple jab, with a shorter attack range than the axe.

The Atgeir is essentially an axe on a stick – cool. Similar to spears, it deals piercing damage, though has better range than spears. Its special attack deals AoE knockdown damage in a sweeping arc around the player, but it consumes a significant amount of stamina. 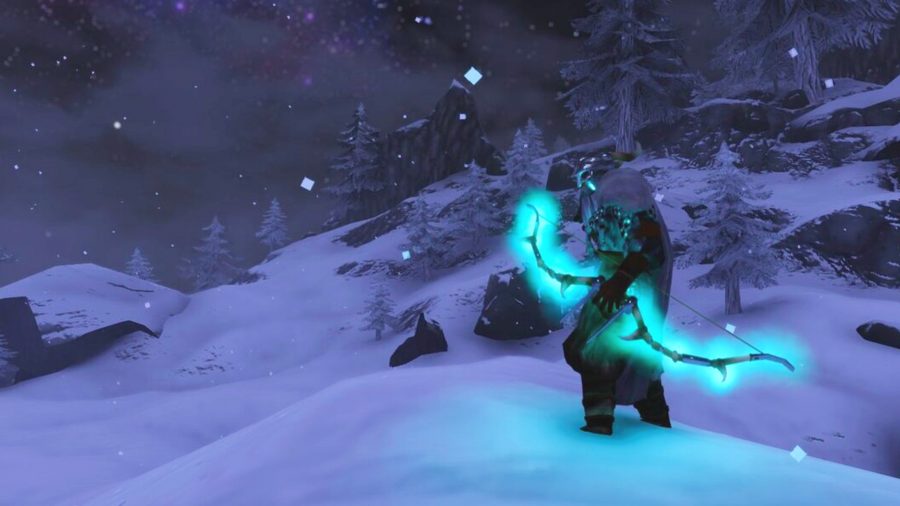 Bows are great for kiting enemies around, and arrows also deal piercing damage – with additional damage types depending on the arrows you equip. To craft a bow in Valheim, you need 10 wood and 8 leather scraps; this will make a Crude Bow, which you can upgrade to a Finewood Bow once you find Fine Wood – a significant upgrade. Once you obtain Iron, you can craft the Huntsman Bow, and the best Valheim Bow, the Draugr Fang, applies poison, and requires silver – and something called ‘guck’, which you can find in a swamp. Lovely.

Here are all the Valheim arrows you can craft:

That’s everything we know about Valheim weapons so far – though if they don’t quite cut it, you could also experiment with ooze bombs to knockback your foes, made from ooze found in the swamp; you’ll need 10 Ooze, 5 Leather Scraps, and 3 Resin. As you venture deeper into Valheim, and slay Valheim bosses to honour Odin in combat, build a Valheim base worthy of storing all those treasures with our Valheim building guide.