Even if you haven’t watched The Witcher, Netflix’s new original series, you’ve probably heard about the breakout hit of the show. Jaskier – who many of us know more fondly as Dandelion – sings a tribute to Geralt called ‘Toss A Coin To Your Witcher,’ and fans can’t seem to get enough of it. Now you can hear Dandelion perform the tune in the first Witcher game, thanks to a handy mod.

DSOGaming points to hub997’s new mod, which rearranges a cutscene in The Witcher (the game) to include a performance of ‘Toss A Coin To Your Witcher,’ with audio from The Witcher (the show). Got that?

It’s a good time to be playing any of The Witcher games, it seems. Thanks to the remarkable success of the show, fans are returning to the games in droves, with more people playing The Witcher 3: Wild Hunt in the past week than were playing the day it launched. While the show’s critical ratings were all over the book, fans have taken to it like Nekkers to a fetid pool of festering water.

Here’s the reworked scene as it appears in The Witcher with the new mod: 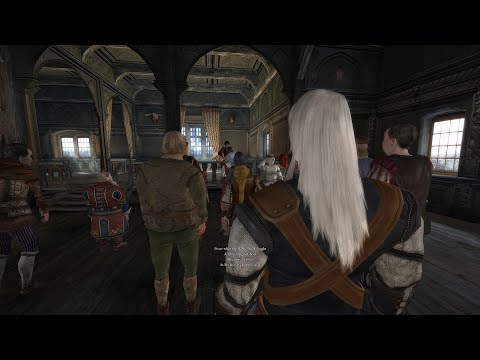 To download it, head over to Nexus Mods. Once you’ve got it downloaded, unpack the mod into the Override subfolder wherever you have The Witcher installed.

While you’re in a modding mood, you might also want to try swapping out Geralt’s face with Henry Cavill’s in The Witcher 3.