Looking for a beginner’s guide to Valheim? Valheim is a new entry into survival games, with its deliberate and charming PS2 graphics – everything about Valheim is a little different, which is why it went from an underground early access title to the top of Steam’s charts on its launch weekend, with over 100,000 players.

Unlike other PvE survival games, Valheim reshapes how survival elements play out, so we’ve created a handy beginner’s guide for both genre veterans and newcomers alike. If you’re enjoying Valheim, you may also want to dip your toe in other crafting games, or if you love the Nordic vibes, these are the best Viking games on PC.

This beginner’s guide to Valheim will teach you everything you need to know how to get started as well as covering the basics; resources, building, boss battles, and locations. Spend less time trying to figure out the mechanics and more time exploring the magical world of Valheim like a real Viking. 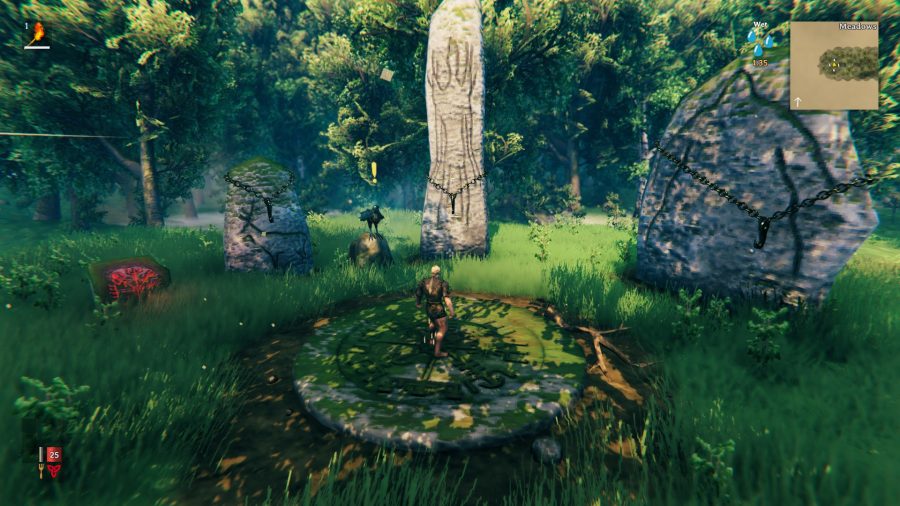 Starting out in Valheim

Every character in a new world will land at the Sacrifice Stones. Sacrifice Stones are always at the centre of the game’s map, located in a Meadow biome. The stones show carvings of the four bosses in the game. Hugin, one of Odin’s mythological ravens will occasionally appear to provide hints after reaching a new milestone of your character’s progression.

The first challenge the game offers is to survive the Meadows. The Meadows have basic materials like wood, several neutral animals, and a few low-threat hostile mobs, which is where you’ll spend most of your early game.

Every biome except the Meadow has landmarks such as dungeons. Dungeons contain some of a biome’s toughest enemies and provide resources crucial to character progression.

Scattered throughout the world are smaller runestones. These runestones tell stories of creatures in the world and how to interact with them. 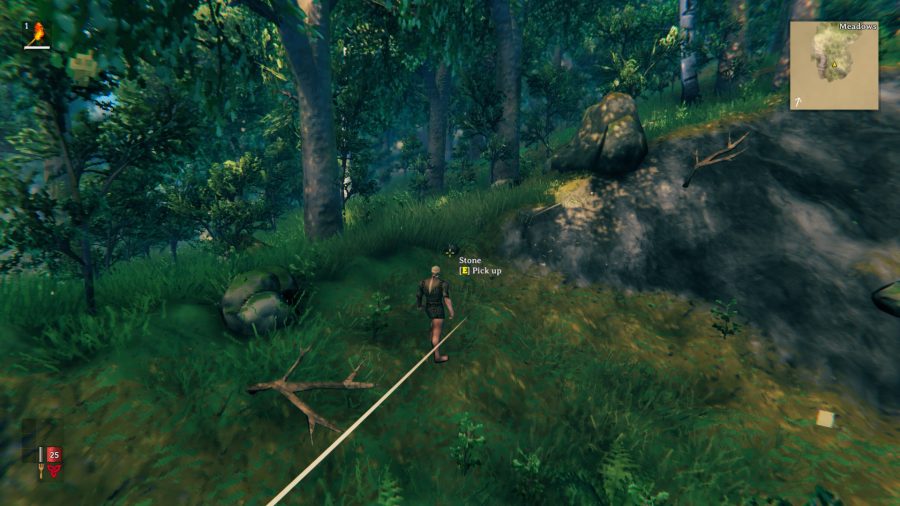 As soon as you start the game, you need to collect food and crafting materials for equipment. You can gather basic materials like wood and stone, picking up loose rocks and branches from the floor. Flint is a fairly scarce material as they spawn next to water sources like streams and coastlines with a moderate respawn time.

Valheim’s food system can be tricky. Most survival games have a hunger meter that kills you when it runs out. In Valheim, eating food is how you gain health and stamina buffs. Better food sources equal better stamina and health buffs. Every character has 25 base health and three bars of stamina. Eating is a top priority before going out to fight, hunt, or gather. 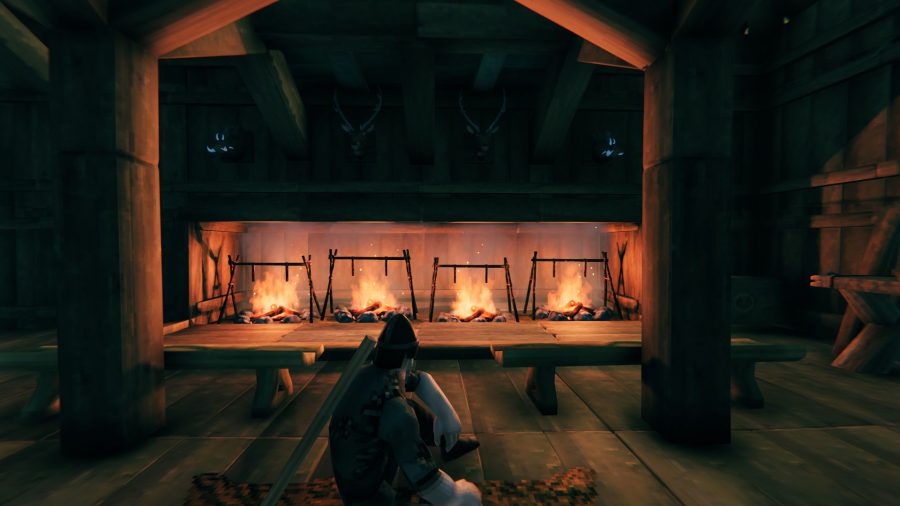 At the start of any character’s playthrough, there’s a lack of craftable items. Basic items include a club, a stone axe, clothing, and a torch. Getting better items means finding more resources and defeating bosses. More on this later.

Valheim contains standard building mechanics of the genre, with a few twists. Every house needs a chimney. No ventilation means a room can fill with smoke and become dangerous to the player. Building parts can also wither away in storms. Protect those parts by placing a dedicated roof above every piece. The hammer provides a menu specifically for constructing building parts. 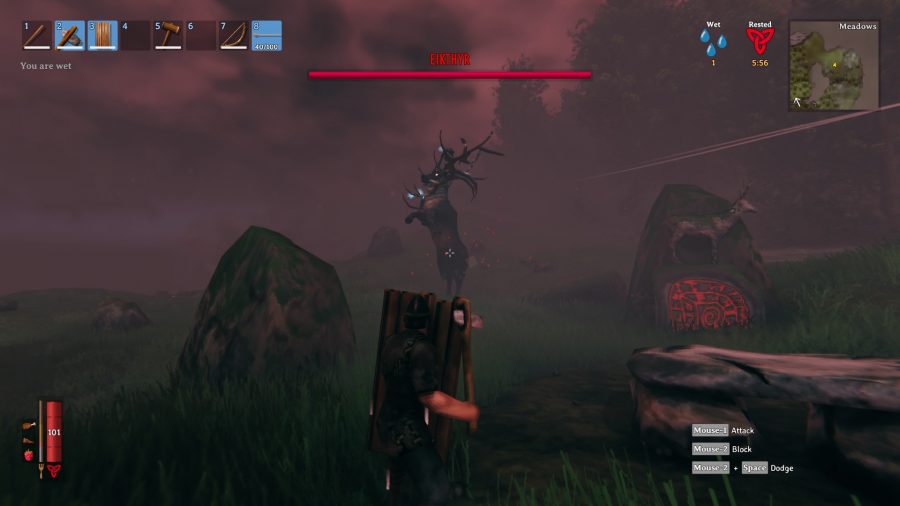 Bosses are the main progression points in the game. The first challenge for the player is to defeat Eikthyr, the deer boss of the Meadows. Every Meadow biome contains several sacrificial altars to summon the boss. The Sacrifice Stones mark an altar on the map by interacting with the red runestone next to them. Players summon Eikthyr by placing two deer trophies gathered by hunting deer. The boss has a mix of lightning spells and melee attacks that shield blocks can easily handle.

Eikthyr drops antlers required for making your first pickaxe. Pickaxes allow mining boulders on the ground, and more importantly tin and copper found in Black Forests. You can use bronze to make new tools, weapons, and workbench upgrades. Future bosses offer similar progression systems for your character. Furthermore, every boss in Valheim grants a Forsaken power to take back to the Sacrifice Stones to unlock.

Now you know these Valhiem tips and tricks you will easily ascend to Valhalla and complete your right of passage.