Want to know how to tame Valheim animals? The Norse wilderness of Valheim can be a brutal, unforgiving place – but whether you’re playing the Viking game by yourself or on a multiplayer Valheim server, you don’t have to face it alone.

With the right care and attention, several different wild Valheim animals can potentially become loyal companions, or, uh, sources of meat. Just so you know, when you pet a tame boar in Valheim, you see the message ‘boar loves you’. But, hey, you’re hungry, and this is a survival game (you monster).

Regardless of your intentions for these creatures, it’s important to note that the more stars an animal has, the more powerful they are, and the more resources they drop when killed. There’s a drastic difference between each star – one-star Valheim wolves, for example, are much more robust and powerful than their regular counterparts. Therefore, when breeding Valheim animals, you should aim to pair the highest level creatures together, as they will inherit their star rating from one of their parents. Read on to discover what animals you can tame in Valheim, and how to breed them.

Taming a boar is relatively straightforward, as long as you have food and materials to make a pen. Once you’ve constructed a pen for your hoggy hombres – roundpole fences (or a pit) will do the trick – you need to lure your chosen pet inside with food, or simply bait them into chasing you and then trap them. Taming them can take a while; drop food on the ground (berries, mushrooms, or carrots work), and then back away afterwards, or sneak out of their sight, so they calm down enough to schnaffle up the food. The boar will gradually become tamer each time they eat. 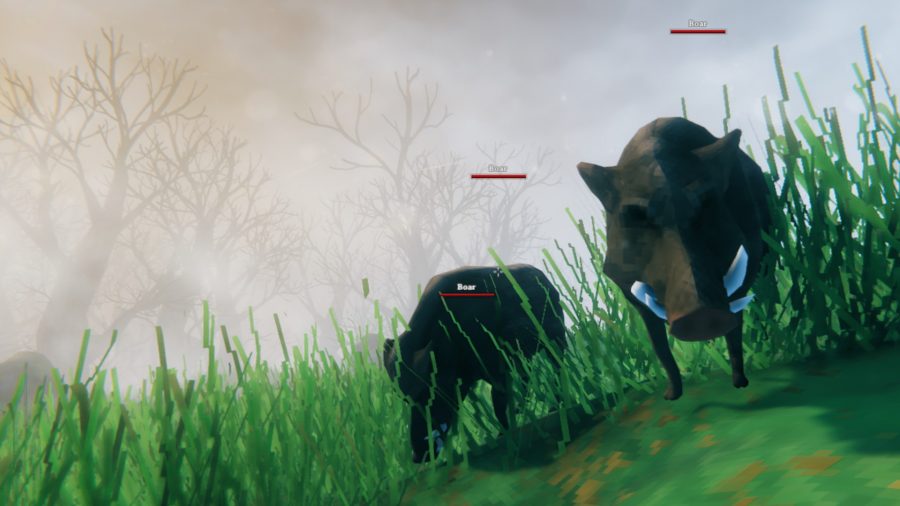 One the taming process is complete, you’re able to give your pig some pats on the head. Aww. Boars are afraid of fire, so make sure their pen is a good distance away from any source of flame. If you need to relocate them once tame, you can use torches to herd them down corridors.

How to breed Valheim boar

Breeding boar is a simple matter of leaving food on the ground in front of two hungry, tame boars; once they eat, they become happy, and have a chance to breed. Pink hearts appear if the boars breed successfully; then a ‘piggie’ will appear after a short time. And remember: ‘boar loves you’. 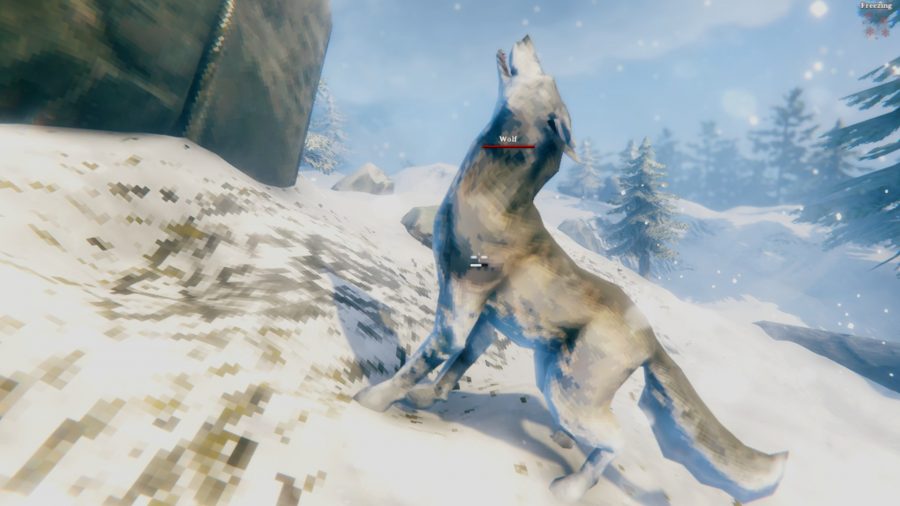 Taming a Valheim wolf is a much tougher prospect. The precursors to man’s best friend aren’t feeling quite as inclined to be friendly – however, once you’ve earned their loyalty, they become useful companions, following faithfully alongside as you venture across Valheim, and defending you against enemies.

Wolves are found in the mountains, so make sure you have frost resistance before you attempt to explore. In order to tame a wolf, you’ll need to build a pen – roundpole fences aren’t going to cut it; you’ll need at least stakewalls to keep them contained, as they attack the fences when frightened. You’ll probably need to coax the wolf into the pen by letting it chase you; better equip your best Valheim armour, to be safe. Once you’ve captured a wolf, leave a bunch of raw meat in the pen (around five or six should do) and back off so they calm down. You may want to build a roof over the pen to protect it from flying foes.

Now you’ve got a tame wolf, you may be wondering how to take them home with you across the ocean, as they can’t travel through portals. Build a dock over your ship and push the wolf on to the boat, but beware, as they will jump off to attack any hostile mobs that you sail past on land.

If you’re running into problems with Valheim wolves despawning, this may be due to a bug where starred wolves despawn during the day if they’re outside the player’s sight. Reddit user u/Ignis369 has a theory on how to prevent this, but hopefully, this issue will be patched out soon.

How to breed Valheim wolves

To breed Valheim wolves, place raw meat in front of two tamed wolves, ensuring they have plenty of space – after a while, a little baby wolf will arrive. 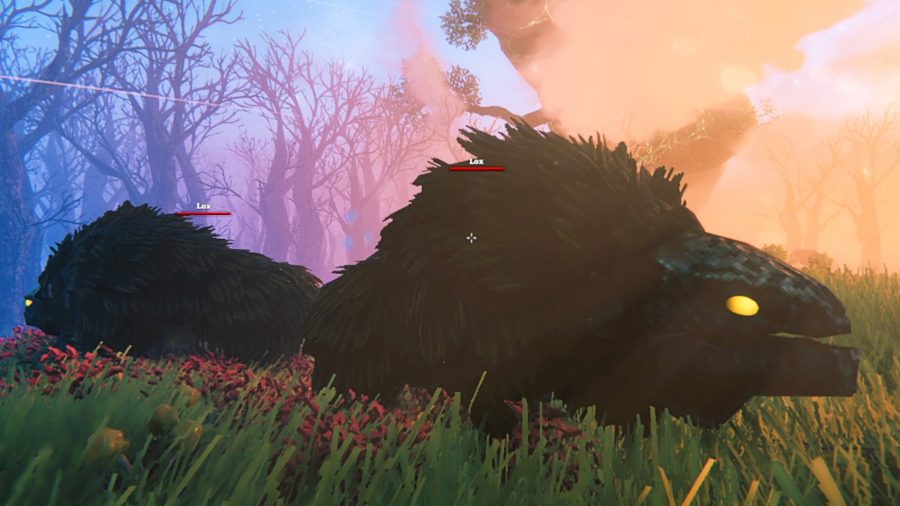 So, you’ve got your eyes on the lumbering lox as a pet – these formidable beasts can be found in herds in the plains biome, and they will make a quick snack out of you if you’re unprepared. There’s no way you’re going to trap one of these furry reptiles in a pen, so the strategy here is to sneak toward it, drop cloudberries or barley nearby, and then run away before it eats you. Alternatively, you could construct a pen out of stone, and use the harpoon – one of the best Valheim weapons – to drag it inside. Once you’ve repeated the feeding process a few times and the lox is tame, you can then safely construct a pen and guide it inside.

You’ll be pleased to know that once tame, you can pet your furry friend, and any other nearby lox will leave you alone.

How to breed Valheim lox

Unfortunately, there isn’t yet a way to make little lox babies. When this is implemented, we’ll let you know how it’s achieved.

That’s everything we know about taming and breeding animals in Valheim; if you’re searching for Valheim bronze, Valheim iron, or want to level up your Valheim workbench and defeat some Valheim bosses, we’ve got you covered.