It’s fair to say that Cyberpunk 2077 is a deeply flawed experience. CD Projekt Red has taken considerable flak after failing to deliver on a number of key promises. The game’s branching storyline, which was supposed to depend on your character’s chosen background, is largely illusory. Fundamental mechanics are either missing or broken. And the world is bloated with repetitive fetch quests – a problem common to most open-world titles, admittedly. While bugs represent a patchable problem, it seems highly unlikely that Cyberpunk will metamorphose into the feature-complete product that gamers were expecting.

But players who are willing to overlook these issues can experience some of the best character-driven stories the medium has to offer, all set in a city that often has you stopping mid-mission just to soak up the atmosphere. Flawed, yes, but there’s still a lot to love in Night City, and this feat of storytelling has been achieved by focusing on one very important aspect of the campaign’s design: mission structure.

Cyberpunk’s campaign flows from one logical sequence of events to another. This ultimately makes the whole affair feel less ‘gamey’. For example, pulling off the heist on Konpeki Plaza requires several hours of prep work: meeting with fixers, finagling a prototype robot that can scale walls, and reviewing a braindance of part of the building’s layout – all before the heist even begins.

Each phase of preparation presents a complex set of obstacles to overcome, taking the player on a journey through Night City that follows a believable trajectory. The player doesn’t merely stumble upon a quest after a few perfunctory lines of dialogue from an NPC quest dispenser and, hey presto, you’re on a heist. The process is more organic. It is almost forensic at times. 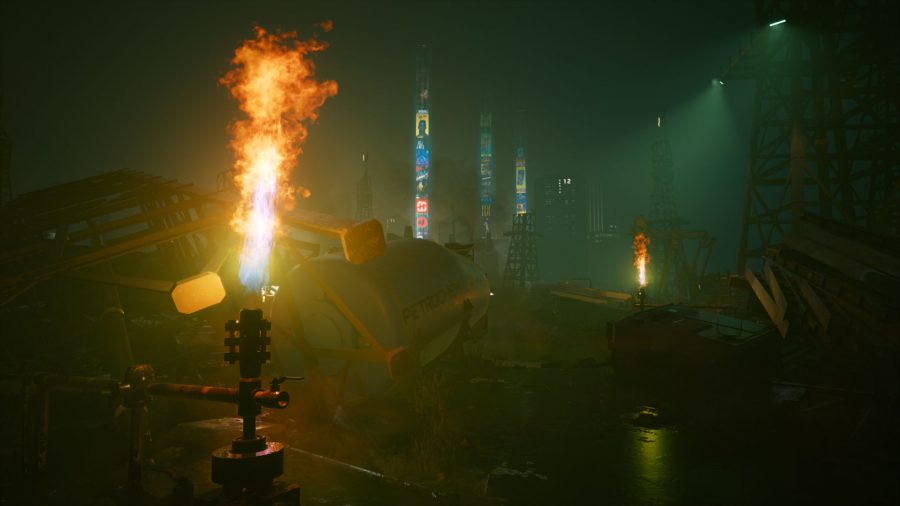 The dev team even allude to this design philosophy during the Lightning Breaks mission, where you’re tasked with downing an aerodyne vehicle. En route to your first mission objective, your ally, an excommunicated Nomad tribe member called Panam Palmer, chats about how she prepares for each assignment. “How you approach things – that’s the trick,” she explains. “Mine is the triple-A: assessment, assembly, action”. Cyberpunk’s heist-inspired mission structure is no different.

Every quest feels like you’re putting together pieces of a puzzle, methodically building towards a plan of action. During the assessment phase, Night City’s roster of fixers, netrunners, and corpos will help point you in the right direction. Here, CD Projekt Red uses its world to great effect. You machinate in the corners of neon-lit bars. Fixers solicit your services in plush smoke-filled limousines. And seedy motels, with rooms that wouldn’t look out of place in a Trainspotting movie, serve as the setting for corpo conspiracies. 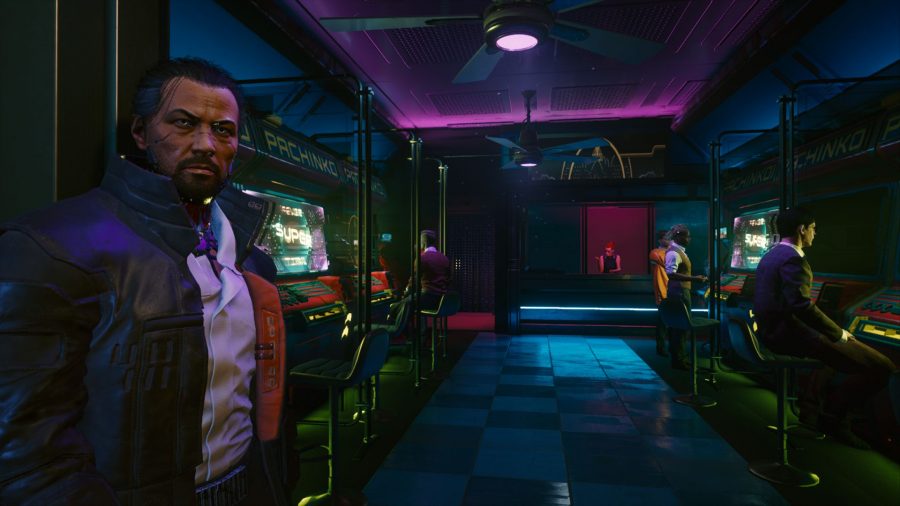 Each briefing is an opportunity to explore why you’re doing what you’re doing and what motivates the characters involved. It helps that these moments are also visual feasts, complemented with impressive voice acting and some of the best animation work in gaming.

But every plan needs resources. Assembling allies, getaway vehicles, weapons, and digital blueprints is not always straightforward in Night City. This process often involves the player following a breadcrumb trail of intel and clues. This may take the form of reviewing braindance footage of an apartment complex you need to infiltrate. Or perhaps it involves breaking into a forensics laboratory in search of information relating to the whereabouts of a missing person. Whatever the situation, the resources gathered during this stage are used to formulate a more detailed plan – one that that naturally leads into the action phase, and ends with a satisfying payoff. 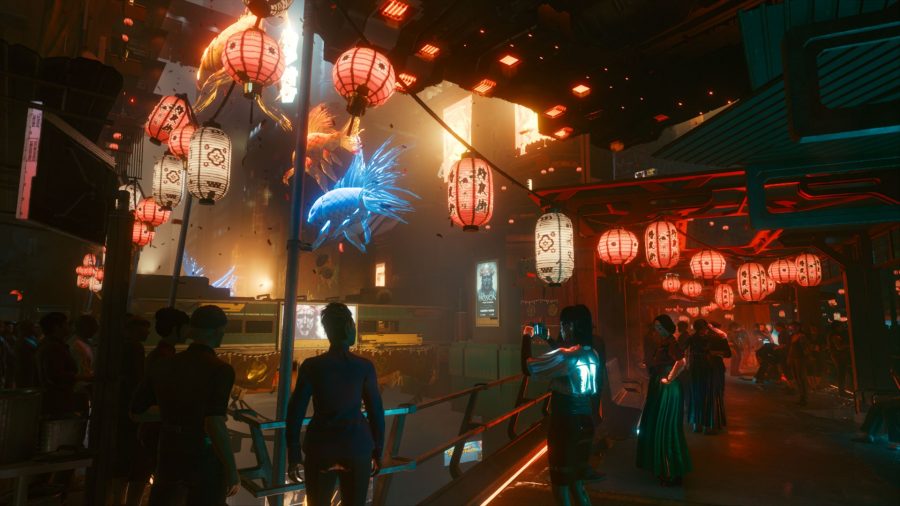 On the way, you’ll chat to companions, prying just beneath the swagger and learning a little more about what they think and feel. These interactions not only bring you closer to key characters, but also serve as windows into Night City as a whole. An ex-cop might talk about the systemic corruption plaguing the rank and file of the NCPD. A BD video creator could take you on an unexpected tour of her former hometown, a ramshackle suburb destroyed by corporate parasitism.

Many of our allies resurface in character-driven side quests that are similar in scope and ambition to Mass Effect 2’s loyalty missions. And, while a little on-rails at times, these side quests deliver some of the most emotionally gripping writing I have ever seen in an RPG game.

What Cyberpunk 2077 lacks in player choice, it makes up for in the quality of its main campaign. Even among the lesser quests, the game’s mission structure means no two feel alike. And the story is well structured and paced, providing plenty of time to bond with your companions between bust-ups. The main campaign doesn’t skip anything, making V’s journey feel like your own. So while Cyberpunk may not be the most polished game, it’s certainly one of the most memorable.

You can read more about the game in our Cyberpunk 2077 review, and you can buy it now on Humble. Alternatively, check out our list of the best cyberpunk games, because there’s a lot more to this genre than CD Projekt Red’s blockbuster outing.