Looking for all the hidden bunkers in Fortnite? For this week’s challenge, you’ll not only have to find the black box in Fortnite, but also uncover a hidden bunker. You may have already spotted these bunkers dotted around the Fortnite map, there are three overall, but they can’t currently be opened, so they remain a mystery, for now.

They are quite tricky to find, unlike most challenge locations, such as the stone statues in Fortnite, another of this week’s challenges. Expect the bunkers to be very well hidden, only noticeable by the swarm of other challenge goers landing to uncover them as well. One of them also poses the challenge of being underwater, and if like me, you’re terrified of the sharks in Fortnite, keep your eyes peeled. The other two are simple enough, found under the floorboards of an old shack and the other disguised by an unassuming bush.

Here’s exactly where you need to search to find the hidden bunkers in Fortnite and earn some precious XP towards your battle pass. 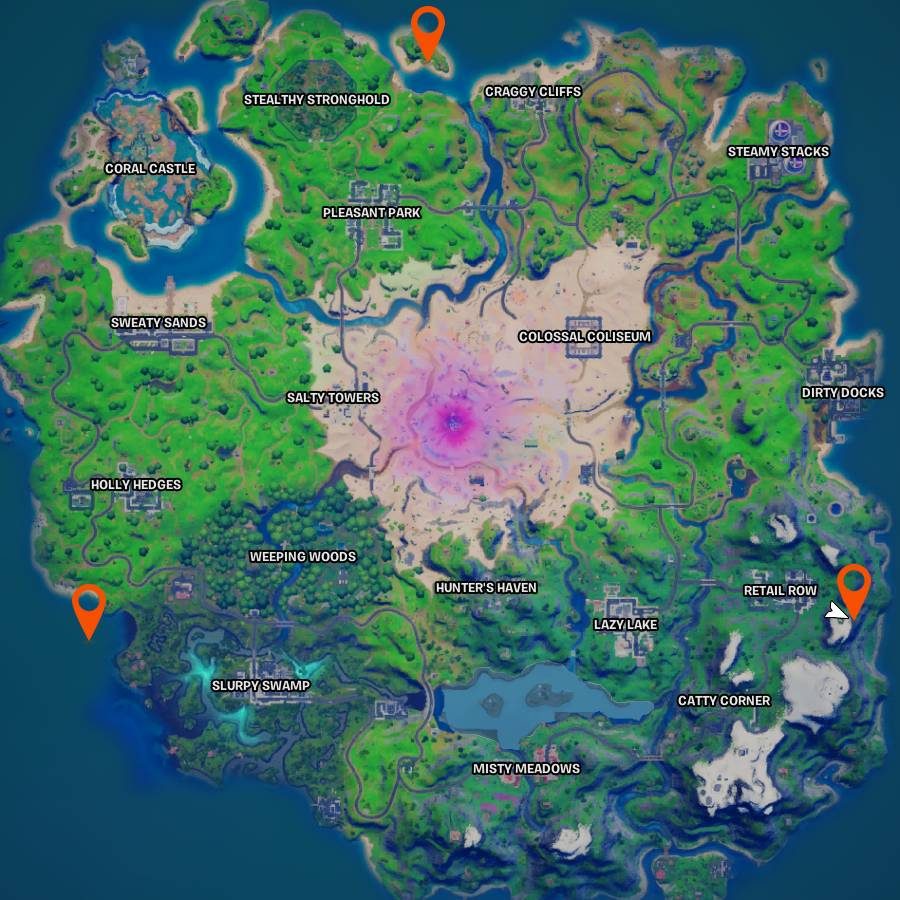 The first bunker can be found southeast of Retail Row, on a small ledge above the campsite on the beach. It’s tucked away under a bush.

The second bunker is on the small island between Stealthy Stronghold and Craggy Cliffs. It’s underneath the small shack.

The third is actually underwater, found just to the northwest of Slurpy Swamp, there’s a slight shadow visible from the water’s edge, but you’ll need the exact location above to pinpoint this sneaky bunker.