In the modern reincarnation of the Wolfenstein series, B.J. Blazkowicz blasted Nazis across Europe, liberated the United States, and traveled the solar system to kill space Nazis. In Wolfenstein Youngblood, the time has come for B.J. to step out of the spotlight. However, Paris needs help to rid itself of the fascist plague. Fortunately, B.J.’s twin teenage daughters have taken up the Blazkowicz family tradition of destroying Nazis. As such, in a first for the Wolfenstein series, you’ll be able to work together with a friend to brutally murder Nazis. If you don’t have a friend to play with, don’t worry. The AI will take control of one of the Blazkowicz sisters to a reasonable degree of competency.

Co-op play is not the only new gameplay feature that Wolfenstein: Youngblood offers. Unexpectedly, Youngblood is built around open-world RPG mechanics. To be perfectly clear, you should not go in expecting Skyrim or GTA sized maps. The open-world portions are based on districts, comparable to the playable areas in Dishonored. Side quests give you an opportunity to explore the dark Underground areas of Paris, effectively functioning as dungeons. If you wish, you can also roam around the city to explore its secrets. Traditional linear missions exist, but the majority of the game will be spent in the occupied districts. This approach to level design is certainly different, and it can be annoying when it requires backtracking, but it’s not exactly unpleasant.

The game of guns, gore, and Germans of Wolfenstein: Youngblood

For some reason, the Nazis never thought to put some lights in their secret Underground tunnels, making them trip and fall into bullets repeatedly

Similarly, the RPG mechanics will undoubtedly catch new players off guard. Once again, it should be clarified that these are very light implementations of these ideas. They’re so light that it’s almost as if the developers implemented them just to see if they could. As you go around shooting Nazis and completing quests, you’ll level up and earn ability points and silver coins. The ability points can linearly upgrade your character, while silver coins upgrade your weapons.

While you won’t have to grind for anything, it should be noted that silver coin income is just slow enough that you actually have to think about whether or not a weapon upgrade is worth it. It’s not slow enough that you can’t make an accidental purchase here and there, but care should be taken with experimentation. The same goes for abilities, but it’s less of a problem due to their straightforward nature. This is undoubtedly one of the more negative aspects of Wolfenstein: Youngblood.

As you level up, the Nazis level up too. Don’t worry, Wolfenstein: Youngblood doesn’t go full RPG by making enemies obnoxiously spongy. In fact, most of the combat feels like a normal fast-paced shooter. Per traditional video game logic, the enemies who have high health pools are generally also quite large. The bigger the enemy, the more damage that they can take. Robots and super soldiers, for instance, are largely going to be the most bullet-resistant enemies around. On the bright side, you can store heavy weapons like lasers and grenade launchers in your bottomless pocket, so it ultimately balances out. You and your sister can also activate a rally ability that provides various benefits, including extra damage if you really feel like melting bosses.

Using the right gun for the right job in Wolfenstein: Youngblood

At higher levels, Nazi kill-bots will reinforce normal enemies, ensuring that every fight carries the possibility of death

You can mix and match between parts that modify raw damage, accuracy, or rate of fire

An unfortunate side of effect of the RPG mechanics is that some basic flesh and blood enemies have armor. This armor makes it so that certain weapons are slightly less effective against them. However, the armor is vulnerable to other kinds of weapons. As an example, shotgun soldiers have armor that is (unsurprisingly) effective against shotguns and machine pistols. This means that while you can still use a shotgun against them, it may take a few extra shots. If you use an assault rifle or regular pistol against them, it tears through the armor like it wasn’t there. Curiously, suppressed pistols don’t appear to have a sneak attack bonus. If you want to play stealthily, melee weapons are the way to go. The armor mechanic is by and large the most negative practical aspect of Youngblood, but it’s more of a mild irritant rather than a dealbreaker.

In spite of all the new tacked on bells and whistles, Wolfenstein: Youngblood is basically the same as its modern predecessors. It’s a story-driven singleplayer game that just so happens to have the option of co-op and ultimately negligible RPG mechanics. The cutscenes seem less frequent this time around, but ambient character development comes thanks to the Blaszkowicz sisters’ in-game interactions. There’s also a less serious streak throughout Youngblood than one might expect from this series. Given that the protagonists are two teenage girls in suits of power armor, it’s hard to say that it’s not appropriate. You can think of it as the world’s most violent coming of age story. Of course, the story isn’t without fault, especially in regards to the pacing, but that’s not something that’s exclusive to Youngblood, even if it’s a tad more noticeable.

As far as changing a beloved video game formula goes, Wolfenstein: Youngblood pulled things off relatively well. The new additions add something new without drastically changing the basics, which is of paramount importance. Granted, purists will absolutely hate the new changes regardless, and some will inevitably find the changes off-putting. For everyone else though, the game is above average at worst, and an excellent stepping stone for the next chapter in the Wolfenstein series regardless. Could some of the design decisions improve? Absolutely. But it offers an enjoyable, action-packed experience nonetheless.

TechRaptor reviewed Wolfenstein Youngblood on Xbox One with a copy provided by the developer. The game is also available on PlayStation 4 and PC via Bethesda.net and Steam.

Wolfenstein: Youngblood is more or less just as good as its predecessors but the implementation of some of the new gameplay features leave the tiniest of imperfections in an otherwise excellent game 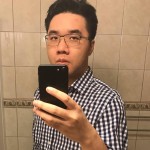 You ever wonder why we’re here? It’s one of life’s greatest mysteries, isn’t it?